Oh ya Beit Halab…what have you done!!!!

This Syrian restaurant scored a solid 8/10 on the MUFT.

I went there with no expectations whatsoever. As we entered, the very polite hostess greeted us with a nice smile and we were escorted to  a comfy table positioned right in the middle of the restaurant…but we felt a bit exposed lol so we moved to a side table.

One of the friendly waiters approached us and placed the plate mats along with the cutlery and the menu, then we were left for a couple of minutes to decide but the waiter kept an eye on us the whole time. What impressed me most was the attentiveness of the waiters..Bravo!! 10/10

We ordered Kabset Djej, Beef in cashew sauce, mhammara, and fattoush (with dibs el rimmen). After taking our order, a basket of hot and definitely freshly baked bread loaves was placed before us. And believe me when I say that it was so heart warming and delicious, but they could have been more creative with the presentation. 9/10

They brought us two small bottles of water as well. I dislike it when restaurants impose that on customers but it was fine.

Mhammara (used as the featured image) was EXCEPTIONAL and ORGASMIC!!! I highly recommend it 10/10

Beef in cashew sauce was MIND BLOWING. In addition to the fact that the portion was really generous, the sauce was so creamy…the rice was so steamy..the cashew was golden and shiny..and it smelled so heavenly…I melted just by looking at the plate!!! hehe superb 10/10 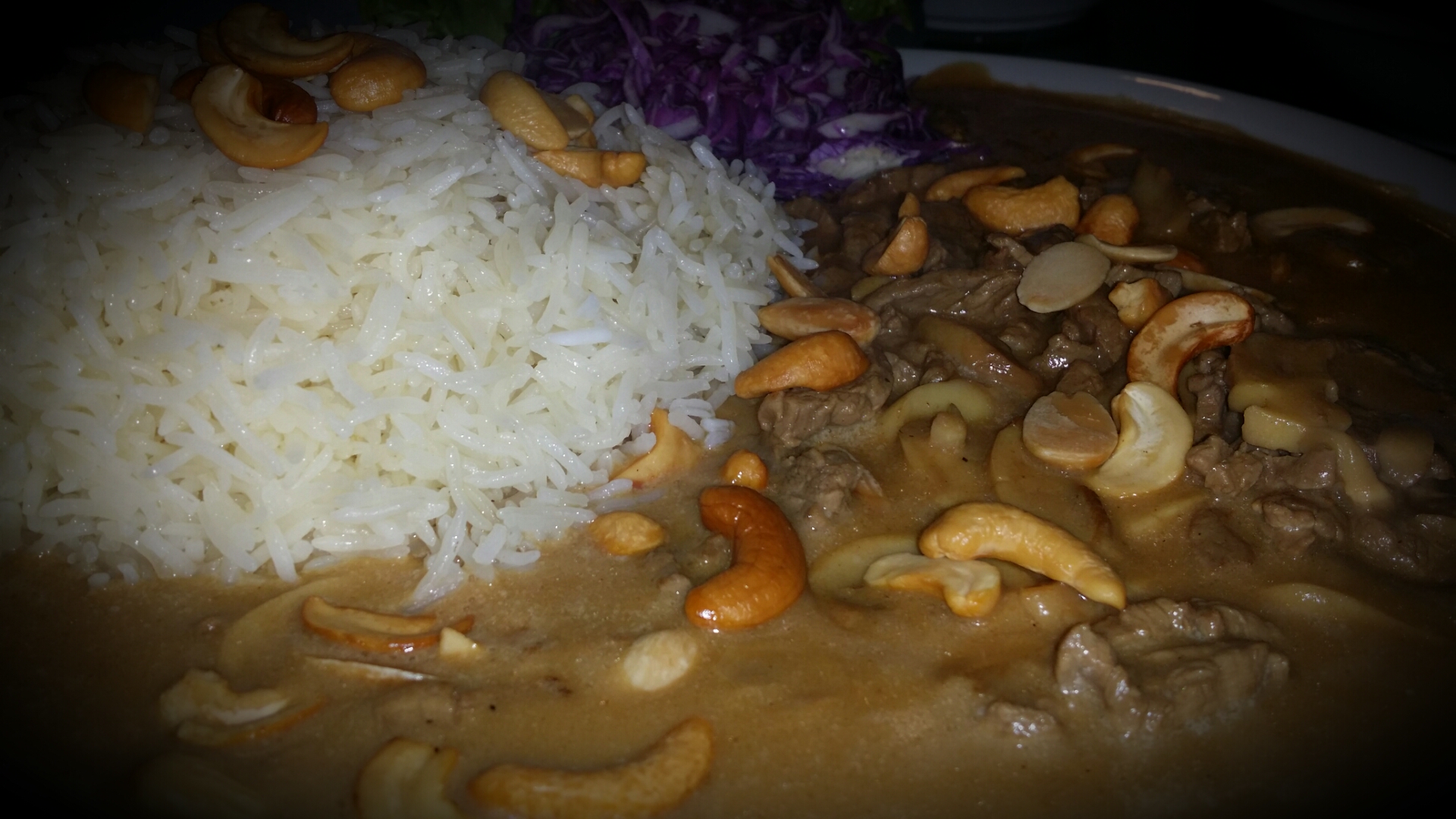 Kabset Djej was delicious as well and those spices used were right on. Along with it they serve a side salad and a cup of spicy salsa dip.  9/10 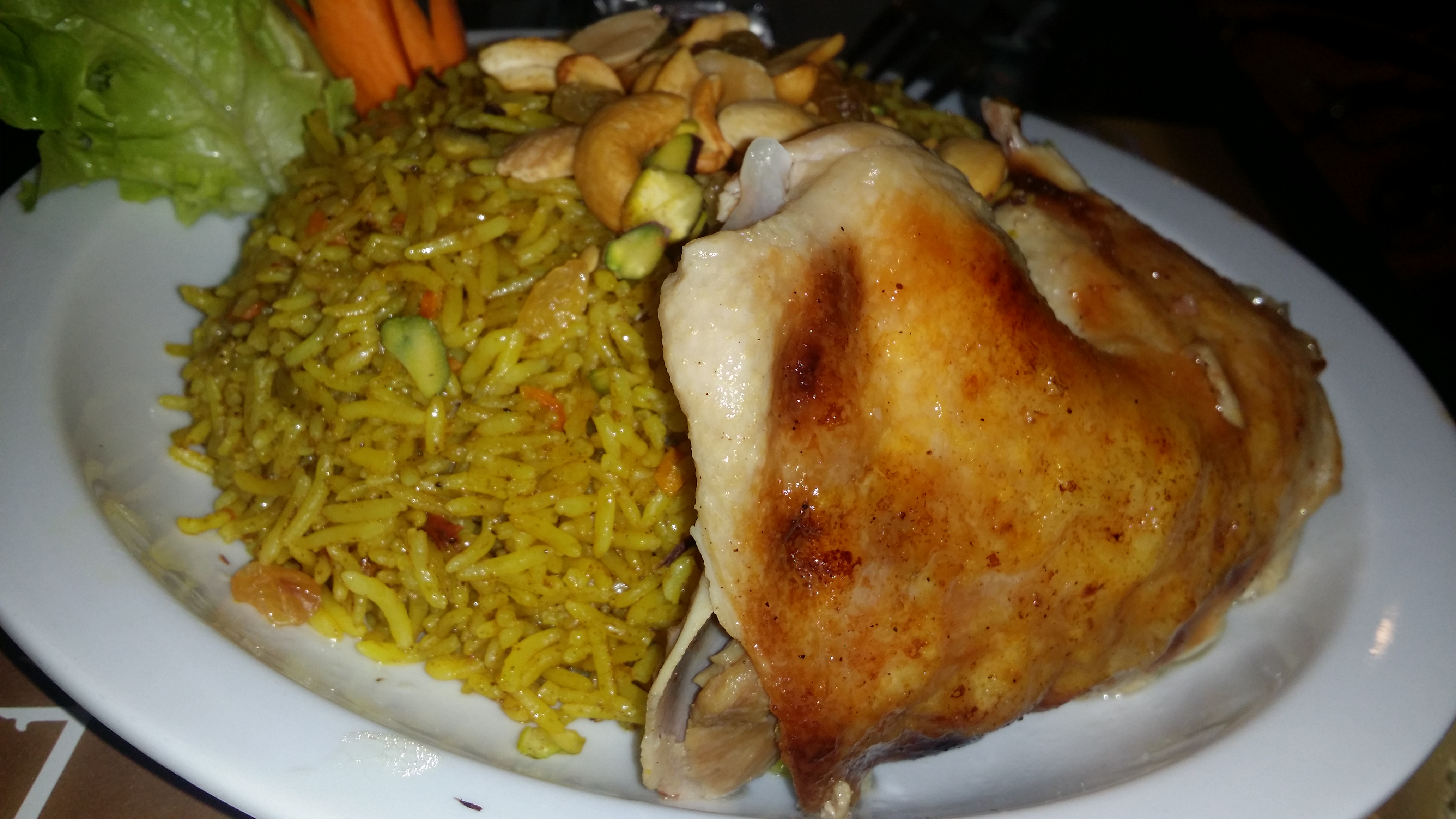 Fattouch, on the other hand, failed big time. The addition of jibne shilal was a huge mistake. For some reason the fattoush was bitter and the cheese was so salty. Even the presentation was below average. what a shame!! 2/10

Prices are reasonable enough and affordable when compared with the taste and the generous portions.

An unprecedented thing happened as we paid the bill, we were NOT ALLOWED TO LEAVE YET. The reason was that they placed Golden Syrian Tea cups with sugar cubes and this was on the house!!! A very nice and unique touch 🙂 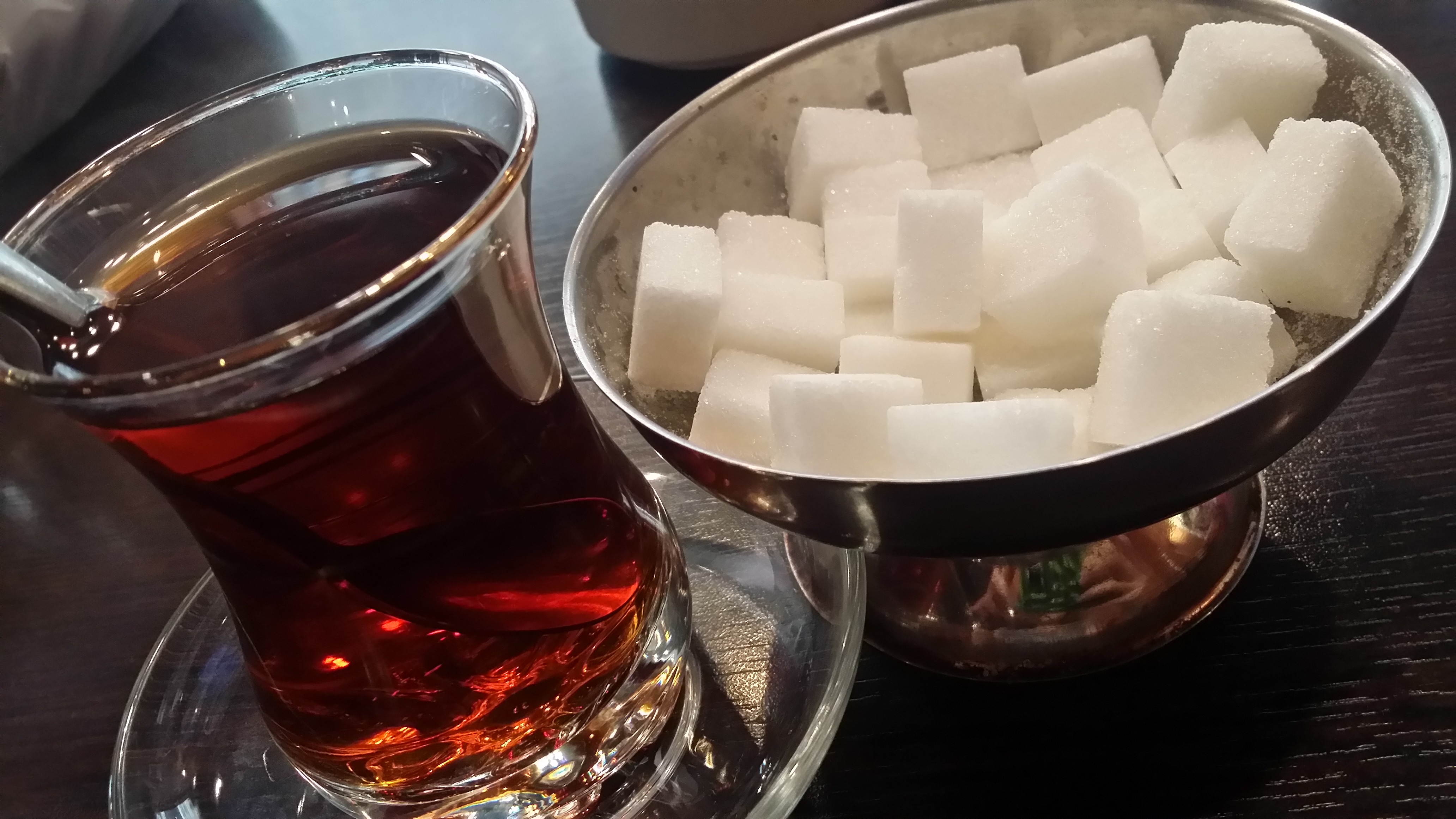 My overall experience from the service to the food, portions, and prices was phenomenal. And the tea gesture was the cherry on top!!!